Follow link below to an audio report from the rally. 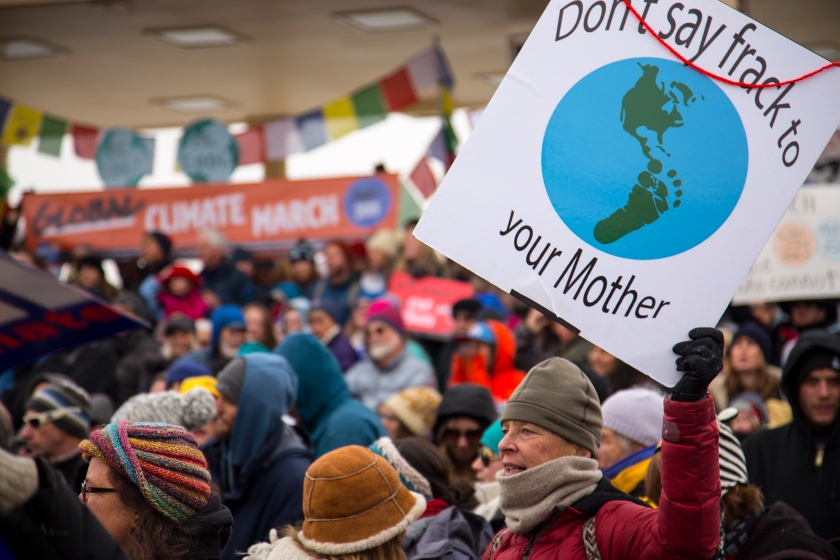 An activist is seen at the Denver COP21 climate change rally on Nov. 29, 2015. The rally was held on the COP global meetings on Paris.

An estimated 500 people gathered in Denver’s City Park on Sunday, Nov. 29 as part of a global climate rally on the eve of the United Nations’ meeting in Paris on climate change, known as COP21. Over 2,000 communities around the world held similar rallies on this day and local organizers in Denver said theirs was the fourth largest in the nation, clear indication of Coloradans concern for climate awareness. This international campaign was spurred on after organizers in Paris were blocked from publicly gathering over security concerns following the terrorist attacks there earlier in the month.

Leanna Stoufer attended the Denver rally, and said climate change is an issue that truly affects everyone and that it is important for her to be present at these rallies, especially on behalf of those in Paris.

“We are all in this together. This makes me feel like I am part of humanity and taking action, not just for myself but for everyone else too.”

There were nearly a dozen environmental coalition partners who helped organized the Denver event. Peter Sawtell is the executive director of Eco-Justice Ministries, and was the main coordinator of the day’s event. Sawtell, along with many others in attendance, said climate change is a global issue with growing momentum but that the real change begins at the local level.

“The mobilization around the world, the growing cry for climate justice is what is going to bring about change in our world.” 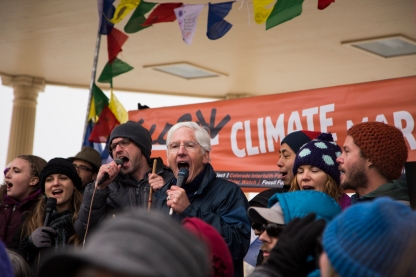 Peter Sawtell, center, is the executive director of Eco-Justice Ministries, and was the main coordinator of the day’s COP21 Denver rally.

Nearly 500 environmental activists rallied in Denver’s City Park on the eve of the COP21 global climate change rally. It was one of the largest events in the country.